Armand's By The Sea

We Made The News Paper. Did You See Us In Coastal Point? 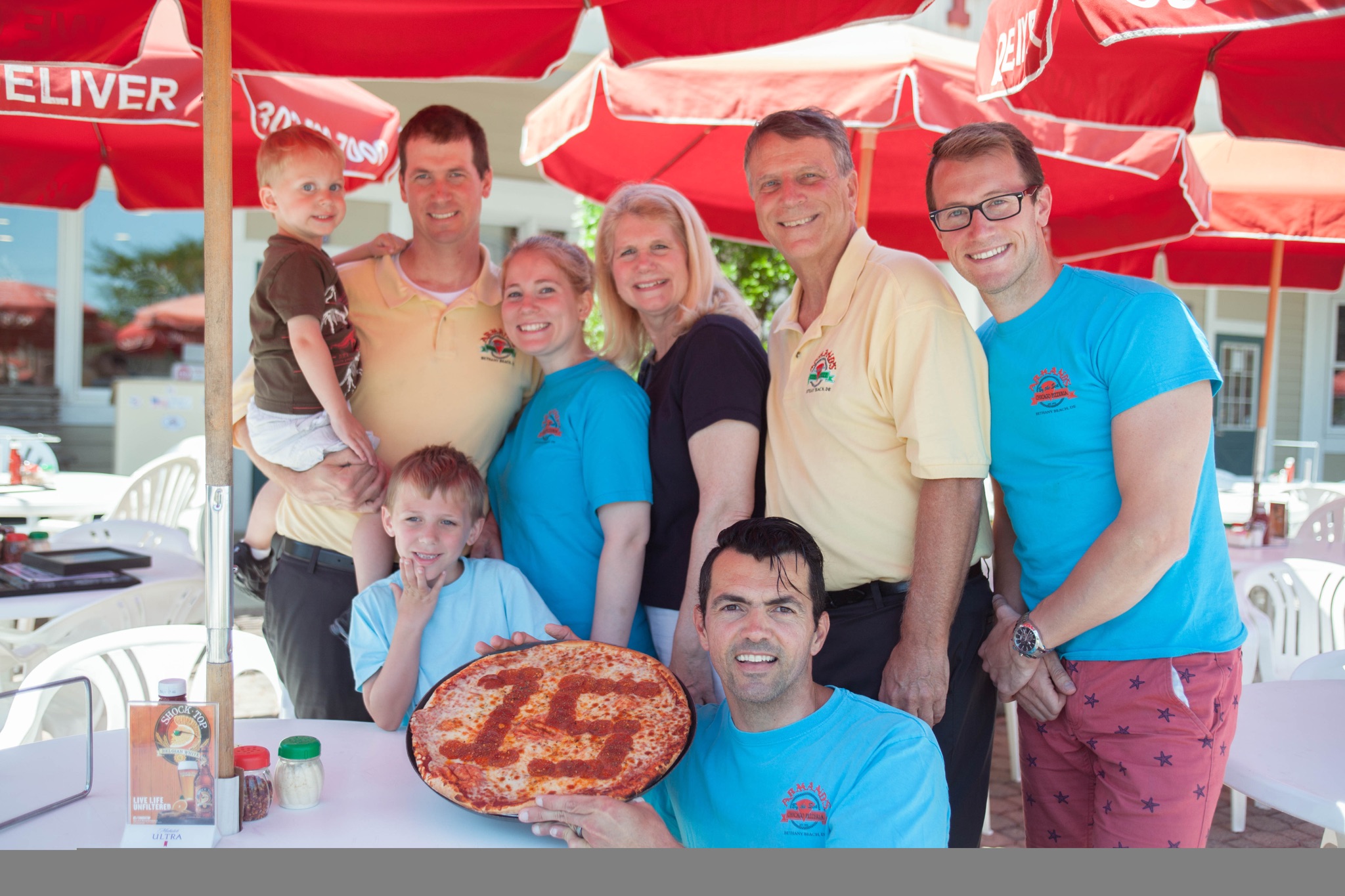 Much of that service has been in the form of delivering the goods — specialty pizzas in their signature deep-dish style, signature pastas, such as Riley’s homemade ravioli stuffed with Valentino’s ricotta cheese, or an array of fresh salads, subs, seafood entrees and other traditional Italian fare. But not-so-obviously, the Drosdzals have also been doing their best to deliver on serving those who serve the country as well.

“We’ve been blessed here, and we wanted to give back, to all of the community,” said Ron Drosdzal, owner, operator and family patriarch.

It was 2013 when Operation SEAs the Day — an organization dedicated to helping wounded veterans their families — launched Warrior Beach Week in Bethany Beach. That was the same year that things became about much more than pizza and pasta for Drosdzal, and his family, too.

“The bottom line is, when Operation SEAs the Day — when that foundation started — it changed Bethany, and it changed me. I got a whole different perspective on all the issues,” Drosdzal said. “I’ve become friends with so many of [the veterans]. We want to make their day.”

“It’s heartfelt, because none of us were in the military — it’s all about them,” said Drosdzal’s son, Brian Drosdzal, a server at Armand’s, of the family’s way of giving back to their country. “What’s amazing is it’s not just us — the whole community really comes together.

“We’ll get customers that didn’t know that we were supporting the cause, and if they overhear us comping the meals, they’ll try to give us money to cover our food cost.”

Obviously, those customers’ generosity is appreciated, but the money is not accepted because, for the Drosdzals, giving back has become not only selfless, but contagious.

Not only does the restaurant support causes including SEAs the Day, but also whatever they can in the community, wherever they can do it.

There are catering functions for the Bethany Beach and Millville volunteer fire companies; laying out an Italian-inspired spread for the annual Sea Colony lifeguard competition, Sea Colony Sharks’ swim team and Bethany Beach First Responders Triathlon; supporting organizations such as St. Ann’s church and Make-A-Wish, or even just events at Lord Baltimore Elementary, where Drosdzal’s grandson, Riley (of Riley’s Ravioli fame), goes to school with his brother Zack (the collective philanthropic future of the business).

While working full-time as a federal consultant, running the family busienss, supporting the community and still trying to find time for a round of golf or a beach day every once in a while hasn’t been easy for Ron Droszdal — or any of the Droszdals, for that matter — they said that, unquestionably, it has been worth it.

Of course, Ron Droszdal has certainly had some help in making it all work, with every aspect of Armand’s being a family affair — just like it has been now for 15 years.

Droszdal’s older son, Matt Droszdal, works as a manager and heads up the shop’s beach delivery service. Brian, and son-in-law Carlos Mandacaru, serve tables, while daughter,Kathleen Droszdal runs the counter on the weekend when not working her full-time job in Silver Spring, Md.

His wife, Karen Droszdal, helps out wherever she can, too — coming in especially handy when 30,000 brand-new menus need to be delivered from over the Bay Bridge. And his nephew, Justin Venasco — a gourmet chef — heads up anything and everything concerning the kitchen, including coming up with the recipes for all the sauces and pastas, from scratch.

Not only does his family share his commitment to serving food but to serving the community as well.

“I follow his footsteps,” said Matt Droszdal of his father. “He’s been my role model since I started doing it at 19 years old. I started out as a carry-out guy and then I climbed the ladder, basically. I have two of my own kids involved now.”

When they’re not making pies for Warrior Beach Week or lifeguard competitions, the crew at Armand’s is just making pies.

Other out-there specialty pies include the “Hawaii Pie O,” Bacon Cheeseburger, Pesto Chicken, and the “Armand’s Hammer” — which the crew joked that they could “barely get in the oven.”

For non-Chicago-style enthusiasts, traditional-crust pizzas are also available, as well as favorites including a white pizza, triple cheese and Margherita.

According to the Drosdzals, while the pizzas are a hit, the traditional Italian pastas are just as much so, and the restaurant also offers specialty subs, such as “Jack’s Famous Steak & Cheese,” burgers, appetizers including jumbo wings, bruschetta and “Tonilynn’s Mozzarella Sticks,” salads made from fresh local produce, desserts and a kid’s menu as well — all available to dine inside or out, for carry-out, or for delivery right to the beach.

No matter what kind of service, however, Ron Drosfzal said that none of it would be possible without the support they’ve received from the community over the past 15 years.

“We’re very fortunate,” he said. “It’s just gotten to the point where it really has grown past my expectations — it’s from all the local support.”

Armand’s Pizzeria & Grille is located at 33548 Marketplace at Sea Colony (Route 1 and West Way). In the summer, the restaurant is open seven days a week for both lunch and dinner. They close down for a month in the winter (from Thanksgiving to Christmas), to be able to host veterans for Thanksgiving dinner and spend some family time, but open back up Thursday through Sunday in the off-season. 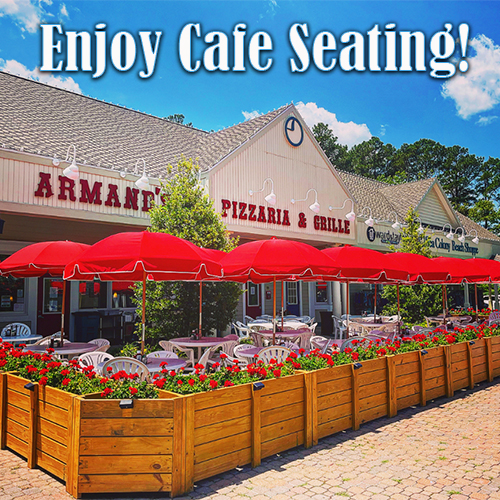